Showing posts with the label Bill Cosby
Show all

How Bill Cosby Taught Me How to Be a Good Writer... 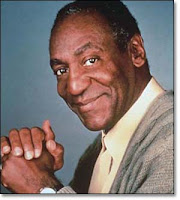 Tonight, PBS aired the awards show of “Bill Cosby : Mark Twain Prize ”. It was amazing to watch. Bill Cosby has amassed a significant body of work and has inspired many other performers. I am inspired whenever I see someone honored. However, Cosby’s award show was particularly moving. As part of the awards show they aired excerpts of Cosby’s comedy routines and of “The Cosby Show”. Those excerpt and were enjoyable and enlightening. Cosby is a gifted comic. That’s undeniable. However, his true gift was in describing everyday life in a universal way. It defied age, race, and religion. It defied everything! It was just real. Cosby has so skillfully described the common aspects of humanity. Being a kid, being a parent, and being someone trying to make it, are common experiences. Cosby shared his story plainly and without pretense. That's notable. However, it is even more noteworthy because Cosby came of age when circumstance could have jaded him. However, in spi
Post a Comment
Read more
More posts