Showing posts with the label National Football League
Show all 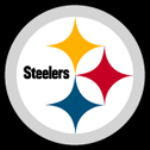 I started this blog is because my world is interesting. For some reason, unknown to me, unusual things happen to me. Some of them are good. Some of them are bad, but they all lead to a good story. Now, after four years of living in Pittsburgh , I finally have a great Pittsburgh Steelers ' story. Ironically, this Pittsburgh story would not have been possible without three men who hail from the great state of Tennessee . Last Saturday, I met three charming African-American men in the lobby of the Omni William Penn Hotel here in Pittsburgh. That is unusual for Pittsburgh. Had I seen them and not met them, I would have called my friends to share the tale. However, the story gets better. The men were charming, generous, and most interested in hanging out with some Pittsburgh girls. They were in town from Memphis for the Steelers/Cowboys game, one of the biggest games of the year. I met them. They liked me. I gave them directions to the mall. And the next morning, I had three tic
Post a Comment
Read more
More posts