Showing posts with the label Independence Day
Show all 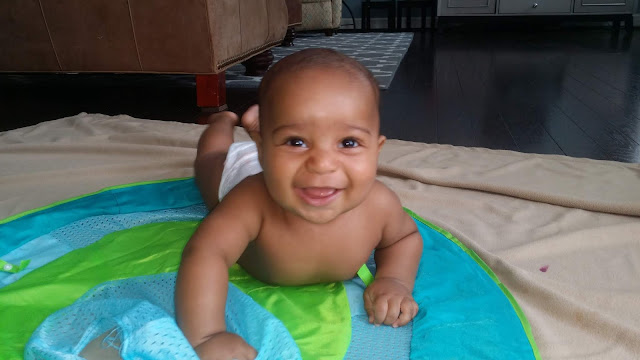 Baby celebrating Independence Day Today, we all celebrate our nation's independence in our own way. These are complicated times to be an American.  Our president is making confusing choices, constitutional rights are up for grabs because of the resignation of Anthony Kennedy from the Supreme Court, and LeBron James has left the Cleveland Cavaliers. Yes, these are complicated times indeed.
Post a Comment
Location: Marietta, GA, USA
Read more

A Peek Into the Life of a Working Mom: Independence Day Weekend 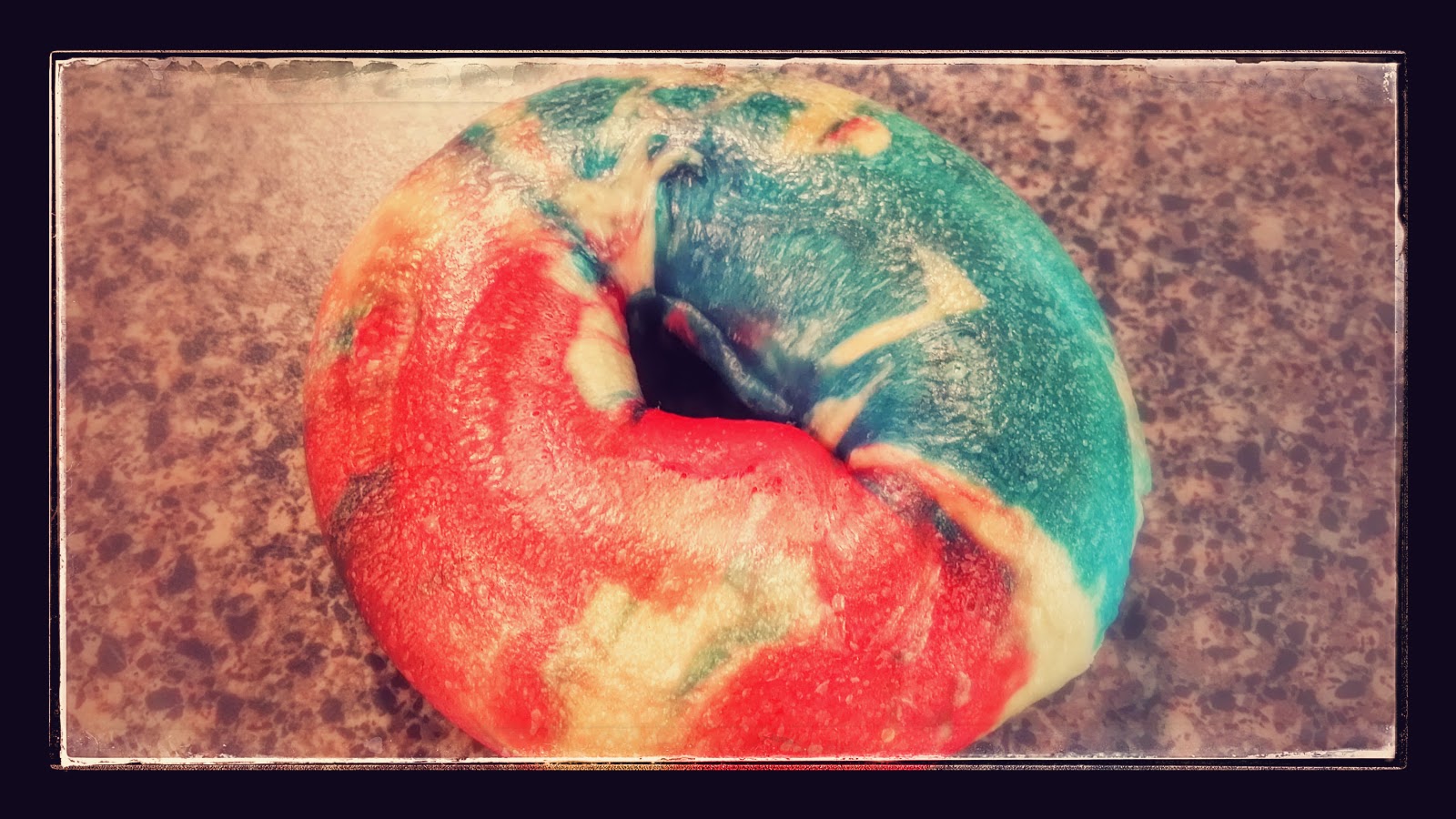 This past weekend we got to have family time to celebrate the Fourth of July. For me, the Fourth of July means, family fun, and fireworks! This combination is always good!   Bruegger's Independence Day Bagel Family Fun, and Fireworks Anybody who has kids understands that it is important to keep them stimulated. One way to do that is learning what they like.  I have learned that my daughter likes to socialize. And the people with who she likes to socialize with most are her cousins.  Something about the word, "cousin" resonates with her and she seems to understand that family time is special. Toddler with her cousins So when we got invited to celebrate the Fourth of July at my Uncle Terry and Aunt Donna's house, I jumped at it.  The Independence Day celebration proved to be what we hoped for and more. My daughter was amazed by the home fireworks! Talking about Independence, I was somewhat free of childcare responsibilities for the entire v
Post a Comment
Location: Pittsburgh, PA, USA
Read more

A Peek Into the Life of a Working Mom: Independence Day 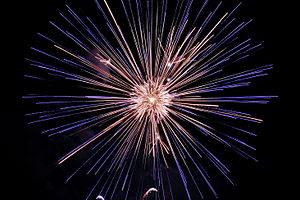 English: Fireworks (Photo credit: Wikipedia ) I have so many posts in my head and so little time to write them. I'll catch up soon. For now, I'm going to give an ode to one of my favorite holidays, "The 4th of July "!   My love of the holiday is chronicled in my post from last year, A Peek Into the Life of a Blogger Mom: 4th of July Fashion,   http://chatonsworld.blogspot.com/2012/07/peek-into-life-of-blogger-mom-4th-of.html . I just reviewed that piece again. We were cute last year. I need to start planning our outfits for tomorrow! :-)   Why I love the 4th of July   I love the 4th of July because it tends to be warm, which leads to lots of fun. It's a great break from work, which is welcome by this working mom. We tend to be around our families.  Tomorrow we are hosting a cookout, which is a great excuse to have great food and great drinks! (If you have any special 4th of July cocktail recipes send them to me!) Also, I am partial to festivals.
Post a Comment
Read more

A Peek Into the Life of a Blogger Mom: 4th of July Fashion 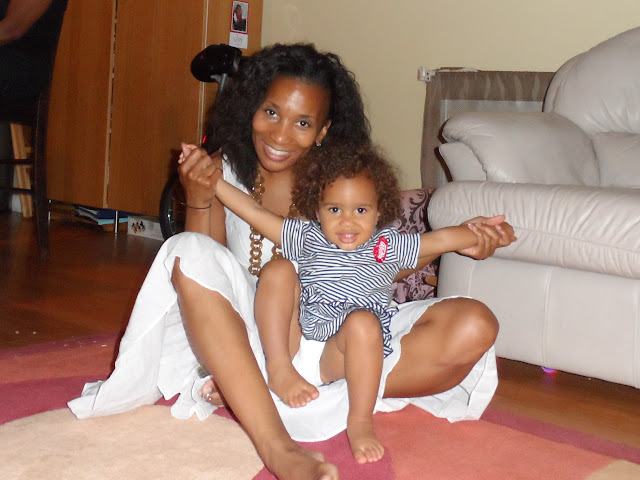 Like on Memorial Day , the 4th of July was a time for mommy and toddler to wear our best summer fashions! Some days we wear what moves us and some days we plan what we're going to wear around an event or holiday. We did the latter for the 4th of July . I got lucky at the Carter's store and scored the cutest blue and white striped dress with a little red flower with white stars on it. Even though I'm not the kind of mom who insists on matching her daughter all of the time, I do like to match for photographs and whenever the mood hits me. Since I planned on taking photographs to post on the blog, I knew that I had to at least compliment the toddler. So, I perused my closet for the right thing.  I settled on a white Calvin Klein sundress that I scored in Manhattan at Syms a few years ago. My dress was lovely and it was perfect, or at least almost perfect. I am the mother of a toddler. What was I thinking when I selected an all white dress in the lightest cotton that
3 comments
Read more

Toddler Tales: A Day Off for Mommy! 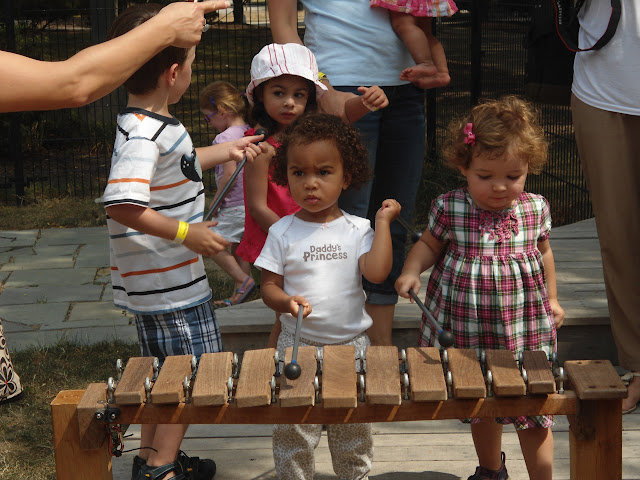 As I mentioned previously, I took a few days off to celebrate the 4th of July and to prepare for a large family event. There will be future posts about that event. There will be tales of the food catered by our families and Giant Eagle . There will be tales of our heartfelt emotions and the splendor of the day.  I will also share photos taken by our esteemed photographer,   Robert Armstrong .  However, today, I was just a working mom who was reveling in the fact that she had a day off from work and had childcare .  Any working mom knows that a day off + childcare = heaven! Because this is Chaton's World and something always comes up, I did not have as much free time as I had hoped. I had to drive my sister to the Pittsburgh International Airport this morning because she had to rearrange her flight that was scheduled for last night. The combination of the holiday week and unreliable crew members disrupted her plans.  After driving her to the airport last night we went to O
1 comment
Read more

The 4th of July is minutes away. We all have our traditions for celebrating the holiday. Many host or attend barbecues or cookouts. Others have family reunions of sorts. And still others spend their time on their boats or in their RVs . It appears that the media celebrates the holiday by airing and re-airing the movie " Independence Day ". I love Will Smith . Seriously, he could butter my toast any time.  And, "Independence Day" is a good flick. It's got great flight scenes, action, and aliens--the makings of a successful film since George Lucas introduced the world to Star Wars some thirty years ago. Still, hasn't the movie industry made a good 4th of July film since 1996??? So, glad the Comcast guy tricked me into buying the new and expanded cable package. In addition to seeing "Independence Day" as often as I like, I can also watch the Home Shopping Network , and its many spin offs, in English and Spanish . So many channels. So few thi
Post a Comment
Read more
More posts