Showing posts with the label Stepfamily
Show all

The Bachelor Made a Mockery of Love... 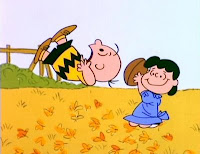 Anyone who reads this blog knows that I believe in true love. My belief fuels my soul and influences my decisions. For that reason I am completely disgusted with the outcome of the most recent season finale of “ The Bachelor ”. I was rooting for the Bachelor all season. Now I feel just like Charlie Brown . I was duped! This season more than any other, the show made a mockery of love in the most obvious of ways. There was a single father in search of a life partner and a step-mother for his child. He proposed to one woman and then changed his mind a few months later. Not only did he change his mind, he regretted not proposing to another woman from the show. Then, he dumps his fiancée on national television. Moments after the break up, he is kissing the other girl. I’m no expert on human relationships, but I don’t believe that this would ever happen. With stakes that high, a man would be sure before proposing. This outcome had to be all about the ratings. This o
3 comments
Read more
More posts