Showing posts with the label Gateway Center
Show all 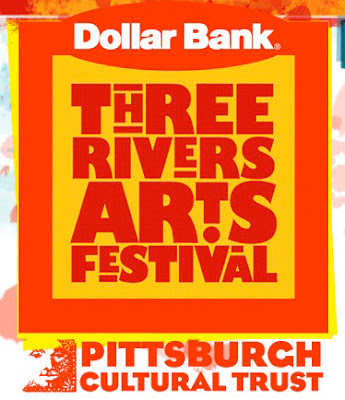 The Three Rivers Arts Festival has been going on for some time and this is the last weekend. According to a sign I saw, it's the largest free festival of its kind in the nation. Gotta love it when Pittsburgh comes in first for something other than football and eating more French Fries on salads than anyone else! I usually enjoy the festival, but I have been forgetting to attend this year. This evening though, the toddler and I attended the festival as part of our nightly walk. Indeed, downtown was hopping tonight. There was the festival, the Pittsburgh Pirates were playing, and there were musicians playing on the sidewalk. We loved all of the excitement, especially the toddler who was smiling and dancing in her stroller.  We had dinner at the festival too, an egg roll and chicken on a stick.  Yes, even though I have been committed to giving my toddler fresh, organic, food today we ate street meat. It was oh so good.  Don't judge me! Besides, it's
1 comment
Read more
More posts