Showing posts with the label Footwear
Show all

Mommy Mondays: Mondays can be a Special Kind of Crazy 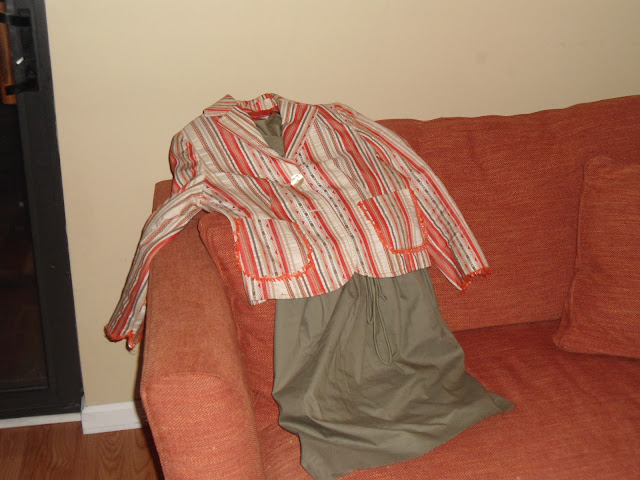 As a working mom, experiencing a Monday is kind of like living in the Twilight Zone . This morning I had a meeting downtown at 8:30 AM.   The meeting was at a different place and earlier than I usually work. Since I live near downtown and it was a nice day I decided to walk . I was excited to walk because usually I drive to work. Also, I was proud of myself since walking was a green choice. Walking took planning. Walking meant that I had to wear flats and I had to select clothes that went with them. I have a lot of clothes, but at 5’2” I usually wear stilettos.   However, there’s no way that I could teeter all the way to the meeting in heels.   I settled on a pair of persimmon colored Franco Sarto loafers with a slight heel. They had rubber soles so they were perfect. I found an olive, Marc New York and paired it with a striped blazer. I was excited that I found a good outfit and shoes that I wouldn’t mind wearing all day instead of lugging a pair of shoes with me. When you’re w
4 comments
Read more

I took in a movie a couple of Sundays ago. I went to a grocery store near the theater after the movie so that I could go home and lounge the rest of my Sunday away. Normally I would not have gone to that grocery store. However, like many detours in Chatón’s World, this detour resulted in a story… I did my shopping and once again underestimated what I needed. So, as I approached the cashier, I struggled with my head down lamenting that I was carrying an overstuffed basket instead of gracefully pushing a cart. Then, I hear, “Your shoes are so sexy!” Instantly, I raise my head to see who noticed my shoes. I’ve always liked the shoes because they’re cute and comfy. But who knew that they were sexy?! After raising my head I saw the most angel faced kid replete with braces and a smile ogling my shoes. When I met his gaze he became embarrassed. He said, “I don’t even know if I’m allowed to say that at work!” Instead of lecturing him about appropriate workplace conduct, I
Post a Comment
Read more

For all of you shoe lovers out there. You have to check out this site called www.endless.com. They have a wonderful selection of shoes and handbags. Also, they have free overnight shipping-- F-R-E-E!!! It was love at first sight. I found so many that I wanted. Finally, I settled on three pair of pumps. They miraculously appeared overnight. And they were better than I expected. The navy and carmel were beautiful and practical. However, the leopard, calf hair, pair were sexy and wild. Shoes are a reflection of your life, but they are also a form of expression. You can decide what my shoes say about me... :-)
Post a Comment
Read more
More posts