Showing posts with the label Tavis Smiley
Show all

I've been too tough on Tavis Smiley... 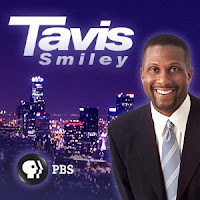 I have been familiar with Tavis Smiley since his days on BET . I have criticized his presentation style and ridiculed his judgmental stance on Barack Obama . I still believe that his criticism of Obama for not participating in his " State of the Black Union " convention has been unduly harsh. However, I now believe that Tavis is doing important work. The title of his event describes its purpose. And by having a yearly event that focuses on Black issues Tavis is ensuring that the plight of Black people and issues that are relevant to Black families remain in the public consciousness. By having a forum that presents the views of influential Black leaders he ensures that Black folk like me who are fairly comfortable do not forget that our struggle is not complete until everyone who looks like us has an equal opportunity . The event reminds us as Hilary Clinton said at the event that "The state of the American union is not strong until the state of Black Americ
1 comment
Read more
More posts