Showing posts with the label Oceania
Show all 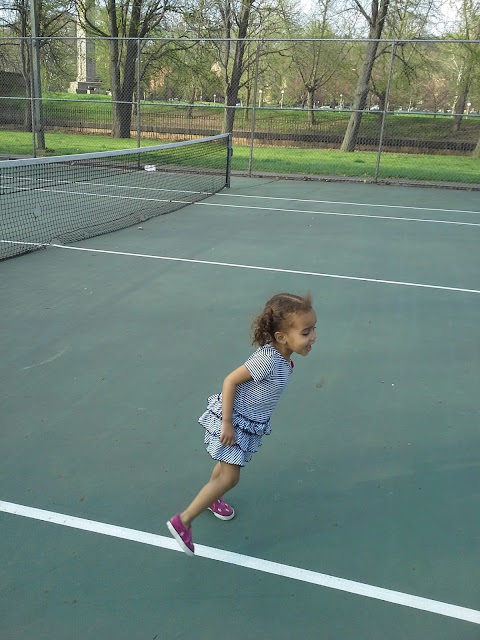 We live near some tennis courts . We pass those tennis courts nearly ever time we take a walk and/or go to the playground. One of the first signs of Spring is when you see people playing on the courts. Often, there are several couples' game going. some of the folks are really good, some are average, but seem excited to play. They seem to be having a great time.   My toddler has decided that she needs to play tennis.   My energetic, adventurous toddler has never appreciated when others are having more fun than she is. So, she has decided that she needs to play tennis . Every time we walk by she says, "I want to play tennis." I had been able to buy me some time with the mother's favorite phrase, "We'll go later." I started throwing in, "We'll go later with daddy." Since Andre's been gone a lot remodeling his parents' bathroom, that has been helpful. That worked for a while. However, lately she's become more insistent.
3 comments
Read more
More posts