Showing posts with the label Marriage
Show all

Reading on the Run: How to Be Happy in Love and Marriage

In 2012, the Wall Street Journal ran a series of articles designed to help people succeed in love and marriage or at the very least be able to identify when their relationship was in trouble.   For the benefit of all of us they ran an article at the end of 2012 entitled, “ How to Be Happy in Love and Marriage in 2013” that compiles all of the articles for your convenience. Here’s a link to the article, http://blogs.wsj.com/juggle/2012/12/27/how-to-be-happy-in-love-and-marriage-in-2013/ . Apparently nagging can destroy relationships. There’s one article listed entitled, “ Meet the Marriage Killer ”, which discusses the destructive effects that nagging can have on a relationship. The article asserts that it is more common than adultery and potentially as toxic. How is that for provocative?! Seeing how we all tend to take great efforts not to sleep with other people (or at least we should) because of the damage it would cause to our relationships, why do many of us frequently na
Post a Comment
Read more 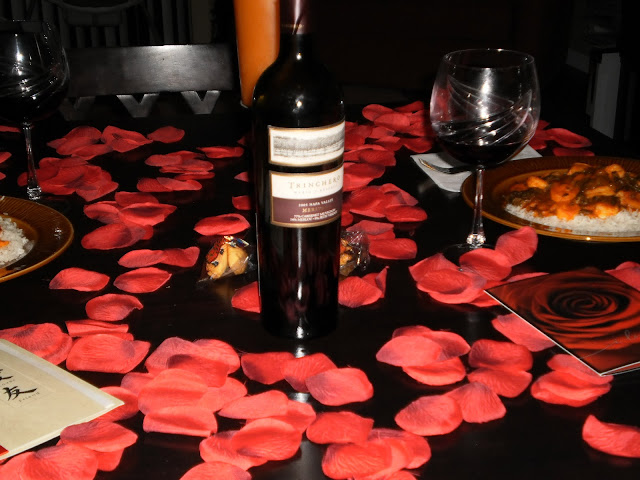 Valentines Day is a day for lovers, but as working moms do we have time for romance?
Post a Comment
Read more

How To Succeed at Love and Relationships

- September 01, 2012
If you want to succeed at love and relationships you need the book, "Love and Love First".  Check out the link below to learn how you can score a free book! Chaton's World: A Quest for Balance in Stilettos: Friday Tip: Love and Love First (A How To Guide)... : Denise Ajanwachuku wrote a fantastic book that is a great resource for those seeking to live a more balanced and loving life...
Post a Comment
Read more

" The art of being wise is knowing what to overlook ." - William James I can't help but think that William James came up with this quote so that his wife wouldn't yell at him about leaving his socks on the floor... Every woman that I know struggles with ignoring the mess left around the house by the men in their lives. Based on what I witnessed on television with the destruction of Kim Kardashian 's celebrity women struggle with it too. How do the sexes who love one another so much at night peacefully coexist when the sun comes up? The battle of the sexes is real. And if you let it, fighting about clutter will destroy all of the things you love about the relationship. Watching the last season of “Kim and Kourtney in New York ”was educational. Along with the rest of the country I was able to witness the unraveling of Kim Kardashian’s marriage . It played out like a badly written sitcom. One big point of contention for them was Kris Humphries approa
Post a Comment
Read more 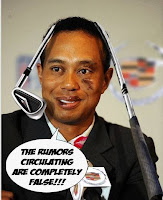 Tiger Woods has long been an example for an ideal golfer. He’s been shrewd, contained, and accurate. However, his recent transgressions also teach us a great deal about relationships. While the particulars don’t really matter to those who are not a partner in that marriage, we can glean lessons from the headlines. 1. It is rare for an affair to truly remain a secret. 2. Things concealed under cloak of darkness often explode when exposed to the light of day. 3. People who are scorned often respond violently, even the supposedly docile types. 4. Despite public objections to infidelity, a lot of people succumb to temptation, even those believed to be choir boy types. 5. Disrespect exacerbates the pain of a broken heart. 6. Common decency can prevent relationship problems and serve as a violence prevention tool. 7. Technology can expose secrets in the most embarrassing of ways and at the most inopportune times. 8. Golf clubs are useful for sport and as weapons. 9. The only thi
4 comments
Read more

There’s a new movie coming out called “ Love Happens ”. It stars Jennifer Anniston . I am sure that it is a romantic comedy in the traditional romantic comedy fashion. There’s love. There is loss. And there is love again. We love these movies because they inspire eternal hope. However, is reality that different? Romantic hope springs eternal. Even as the divorce rate remains high. The overall marriage rate remains relatively constant. That illustrates that people continue to believe in love in spite of the break ups. My divorcée neighbor has been on about ten dates in the past two months despite being mistreated by a couple of men that she claims to love. My sister recently traveled to Washington DC from Atlanta for a blind date even though the men in Atlanta have sometimes disappointed her. She will also have another date in New Orleans this month. Another friend plotted for some time to reunite with an old flame another state even though her last boyfriend
1 comment
Read more

Five Lessons for Using Facebook and Maintaining Your Relationship

Fortunately, I have not experienced a break up because of Facebook . It may be because I haven’t been involved in a full blown relationship for about eight months… That being said, I know people whose lives have been complicated because of Facebook postings. I also know people who have ruined relationships because of connections made over the Internet . Technology is a good thing, but you have to be careful… First of all, Facebook can expose the truth, in the most unintended of ways. Previously, we could tell little white lies to extend a relationship or to deceive our partners. Now, Facebook can put it all on blast. I have friends who have been confronted with the unfortunate phrase, “Hey, I thought you were sick?!” after they lied to get out of a date and were discovered tagged in photos showing them kicking it harder than P. Diddy . I have had friends questioned by their boyfriends after being spotted in photographs with men even though they were supposed to be having a "
13 comments
Read more

Infidelity: Do Men Cheat Because Their Rings Are Too Tight...

A few weeks ago while out to dinner with friends a married guy confessed that despite being married for ten years he never really adjusted to wearing his wedding ring . The way he made it sound, the ring was imposed on him the way an orange jumpsuit is imposed on prisoners--and whenever he could, he removed it as a way to make him feel free again. He told us that he took his ring off to shower, cook, and even watch TV. We questioned why he was so uncomfortable. Although it wasn’t really funny, we laughed. Not because it was amusing but because the entire thing seemed so very odd. Now, I have greater insight. The ring didn’t feel so much feel uncomfortable. It was that he never had really taken to marriage. Right after he told me about how frequently he takes off his ring he asked for a kiss. Imagine that?! A married man being bold enough to ask such a question. After declining his request I became intrigued. Years ago I would have asked myself what vibe I had put o
2 comments
Read more

" Big Love " on HBO is incredibly well written and one of my favorite shows. In large part, it is a show about "living the principle", or practicing polygamy . It portrays polygamy as an institution ordained by God --full of intrigue, excitement, and lots of sex. With its vivid images and skilled actors, "Big Love", seduces you into its Big World. And even though polygamy is contrary to eveything that I know to be true and right, some aspects of it appeal to me and my friends. The protagonist, Bill, has three wives. One wife is traditional. One is wise. And one is young and horny. Although polygamy is only endorsed for men, I have fantasized about having multiple husbands, each who represent a different side of my personality. I'd have one for the humorous side. One for the serious side. And one for the side that just wants to have fun. Watching "Big Love" makes polygamy seem like the perfect antedote to the monotony that event
Post a Comment
Read more
More posts