Showing posts with the label Mothers
Show all 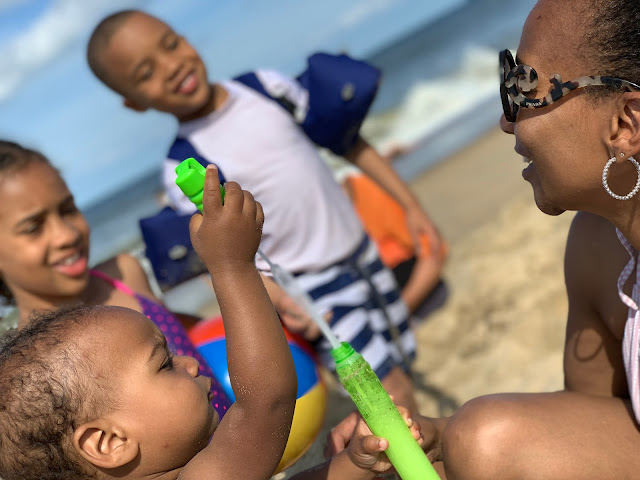 Working Mom Tip for Labor Day: Having More Sex May Increase Your Paycheck

Labor Day is about celebrating workers. And I don't know anybody who works harder than working moms. Many working moms are exhausted after working and taking care of their kids. And sometimes sex can seem like a luxury that we can't afford. Since we're talking about what we can afford, let's talk about hold hard cash. Working Moms Could Use More Money Some working moms work for the love of it. However, many work for the money. Diapers, clothes and Nikes are expensive. Indeed, Nikes are so expensive my daughter doesn't have any. She's 2. Until she can ask for Jordans we won't even think about buying them...   In terms of necessities, child care has been known to break many families budgets. The New York Times recently did a piece entitled, "Crushed by the Cost of Child Care"  that described women so overwhelmed by the cost of child care it almost made you wonder why anybody even has children.  Also, mortgages don't come cheap either
Post a Comment
Location: Pittsburgh, PA, USA
Read more 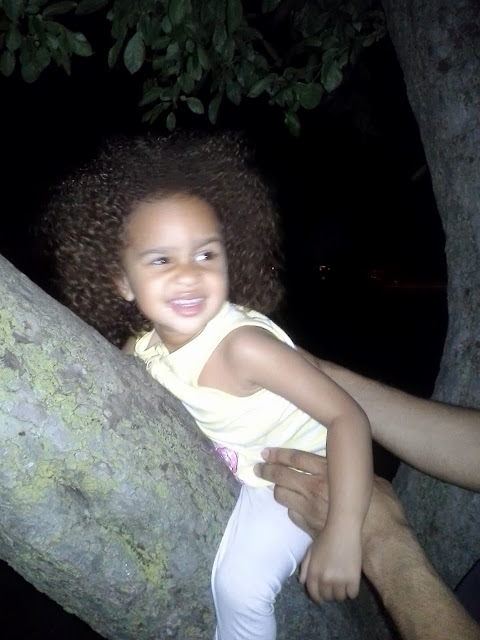 I've had a love for Summer for some time. I first publicly documented this love sometime ago in a blog post entitled, "The Summer is my New Boyfriend". (Below is a link to that post.) Now, I think it is more accurate to say that the Summer is my tried and true lover with whom I've having an intense affair.   Since I live in Pittsburgh , my time with Summer is fleeting. Also, as a mother who works full-time outside of the home, I am pulled in a lot of directions. Many of those directions involve attending meetings in conference rooms that have re-circulated air. So, I spend a great deal of time indoors staring at the sun but unable to feel the heat.    I savor my summer experiences.   For these reasons, I savor every moment that I get to spend enjoying the summer. I try to run along the river on most mornings. Feeling the sun shine on me and the intensity of the sun reflecting off of the water energizes me.
Post a Comment
Location: Pittsburgh, PA, USA
Read more

"Necessity is the mother of invention." It has been proven many times, in many industries that checklists are the way to success. Creativity and thinking are necessary, but over time, a list that was created by a team who focused on the best, most efficient way to complete a task generally leads to better results. The reason is because humans are brilliant, complicated and well human.  Sometimes we make mistakes. Checklists are the secret to success, especially for working moms...
2 comments
Read more

READING ON THE RUN: Is Flexible Work a Mere Memory???

There has been a great written about this past week about Marissa Mayer , the CEO of Yahoo.   Last week, Yahoo anounced that they have re-evaluated their policy on working remotely. They have concluded that the company is better served by having employees appear in person in the office so that they can benefit from having impromptu meetings in the cafeteria and other benefits that come from face time.   Most writers, including me, have been critical of this move, which has been described as "turning back the hands of time", "setting the women's movement back" and "incredibly out of touch".  Below are articles about this hot topic, including one that I wrote for "Parent Society". Please comment and let me know your thoughts. This evening I appeared on PCNC "Night Talk" with Ellis Cannon to discuss this interesting topic. If you missed the show this evening, it will air again at 2:00AM and at 5:00PM on March 1st.   &
Post a Comment
Read more

Friday Tip: Another Chance to Obtain a Free Subscription to Working Mother's Magazine

As you know, I am a full-time working mom and struggle daily to balance my life in my stilettos. I LOVE Working Mother Magazine, the only national magazine that helps moms with careers balance their personal and professional lives. It contains great articles and relatable stories of moms like you and me.  After reading one issue you will understand that all working moms are trying to figure out how to make it all work! There’s another chance to get a free subscription, compliments of StartSampling.com. You can enjoy a free 6 issue subscription to Working Mother Magazine. No strings attached. All you have to do is follow the instructions on the link below. You'll never receive a bill! How cool is that?! http://strk.enlnks.com/aff_c?offer_id=886&aff_id=6020   ENJOY!!! (This is a sponsored post.)
Post a Comment
Read more

As you know, this blog is about my quest for balance in stilettos.  Like a lot of women I work everyday, have a child and a relationship with the man that I love. In addition, I am committed to sharing my journey as a working mother with all of you.  It's a labor of love, but sometimes I need tips from other moms about how they walk the balance beam of life without falling off. One source of inspiration for me is " Working Mother " magazine .  It's well written, has relevant articles, and the women they profile tell the truth! You can try "Working Mother" magazine for free.  Go to the link below compliments of  the "Luv Saving Money"! Luv Saving Money: FREE 6 issues of Working Mother magazine : 6 FREE issues of Working Mother Magazine. No bills, no strings. This offer expires Sept. 16, 2012 Related articles Is working mother guilt a white collar luxury? (thepunch.com.au) Nicole Kidman - Nicole Kidman
Post a Comment
Read more

- August 13, 2012
As you know, I attended the BlogHer '12 conference last week. It was a whirlwhind! I actually only attended the conference for one day since I'm a bit of a sappy mom who is insanely attached to her toddler .  I work full-time so I can pull off true attachment parenting , but I get pretty darn close! Anyway, I had fun on my brief excursion to NYC. I thoroughly enjoyed myself while my toddler was at home. Don't judge me!
Post a Comment
Read more

It is Tuesday and I am paying homage to some of the wonderful ladies I have met on the Twittersphere. One honorable mention is Tia Mowry , a wife, mother, and talented actress. I also recently learned that she has achieved one of my dreams. She is a published author .   She turned her pregnancy experience into a book to help other women.   It’s called “ Oh Baby !”. I am happy for her but jealous! J   The other ladies mentioned have stars that are still rising.   Some of them are gorgeous, dynamic and stylish. Others are generous, driven, and sensitive. They manage homes. They work at home . They work outside of the home. They are married. They are single. They have children. They are hopeful. They are irreverent. They tell us to find something to believe in so that life has more meaning. And they tell us to make sure that we have wine to make the journey more enjoyable. One has the confidence to call herself a “kickass wife”.   (I want some of that!) Another believes that thinkin
1 comment
Read more

I know that it’s like I am playing peekaboo with Twitter Tuesday.   Sometimes you look for it and it just isn’t there!   The past couple of days I was distracted a bit.   I was preparing a guest post for another blog http://dianereiter.com and neglected my own. (Super thrilled to be a guest blogger though!)   Also, it was a rare warm winter day in Pittsburgh .   So, last night the baby and went for a walk.   And we had the best time! A few weeks ago, when we returned to work after the holidays, Tuesday came and went without a posting. I was confused and missed posting an entry because I thought it was Monday. My confusion lasted all week.   This time I remembered as soon as I woke up today and said, “tell me it’s not Wednesday!”   Nobody answered. Perhaps I'm the only working mom who sometimes confuses her days, but I don't think so. I think that most moms are doing the best that they can in the midst of laundry, dishes, and trying to brush their teeth.   They are d
5 comments
Read more

I am all about moms helping other moms succeed. To that end, I am starting a tradition on this blog.  Every Tuesday from now on is Twitter Tuesday!  I will promote other women who tweet.  This Tuesday I am promoting moms.  I've just decided to promote moms first because out of everyone on the Twitter universe I could relate the most to them. You don't have to be a mother to follow these ladies though.  Their tips are universal!  So, please follow the moms below on Twitter. You'll be happy you did! 1. @RickisMommy 2. @workingmoms247 3. @commercialmommy 4. @cocoamom 5. @kourtneykardash 6. @hollyrpeete 7. @bethenny 8. @workingmomsonly 9. @heidimurkoff 10. @ShabbyChicMom 11. @cammiescorner 12. @1storybuilding 13. @mamacreates 14. @karensugarpants 15. @mommydigger
1 comment
Read more 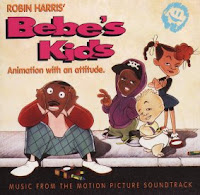 While watching E! last night I read that someone tweeted, "Children are like crazy, drunken small people in your house". I totally agree. Since becoming a mom I have learned that children can be erratic and hard to control , just like crazy, drunken people. When children engage in this erratic, hard to control behavior, they get on everyone's nerves, but they seem to think that their behavior is normal. Children wet their pants at the most inopportune times. And frequently create messes that other people are forced to clean up.  And in the morning, children seem to have no recollection of their misdeeds from the night before.  Sound familiar?! Last night my baby went crazy.  For whatever reason,  she abandoned her calm, good sleeping demeanor and became a crazed little monster.  She was crying uncontrollably--the ugly cry.  She was shaking and refused to be consoled.  I offered her the pacifier.  She usually takes it and it soothes her.  Last night she smacked it
3 comments
Read more
More posts